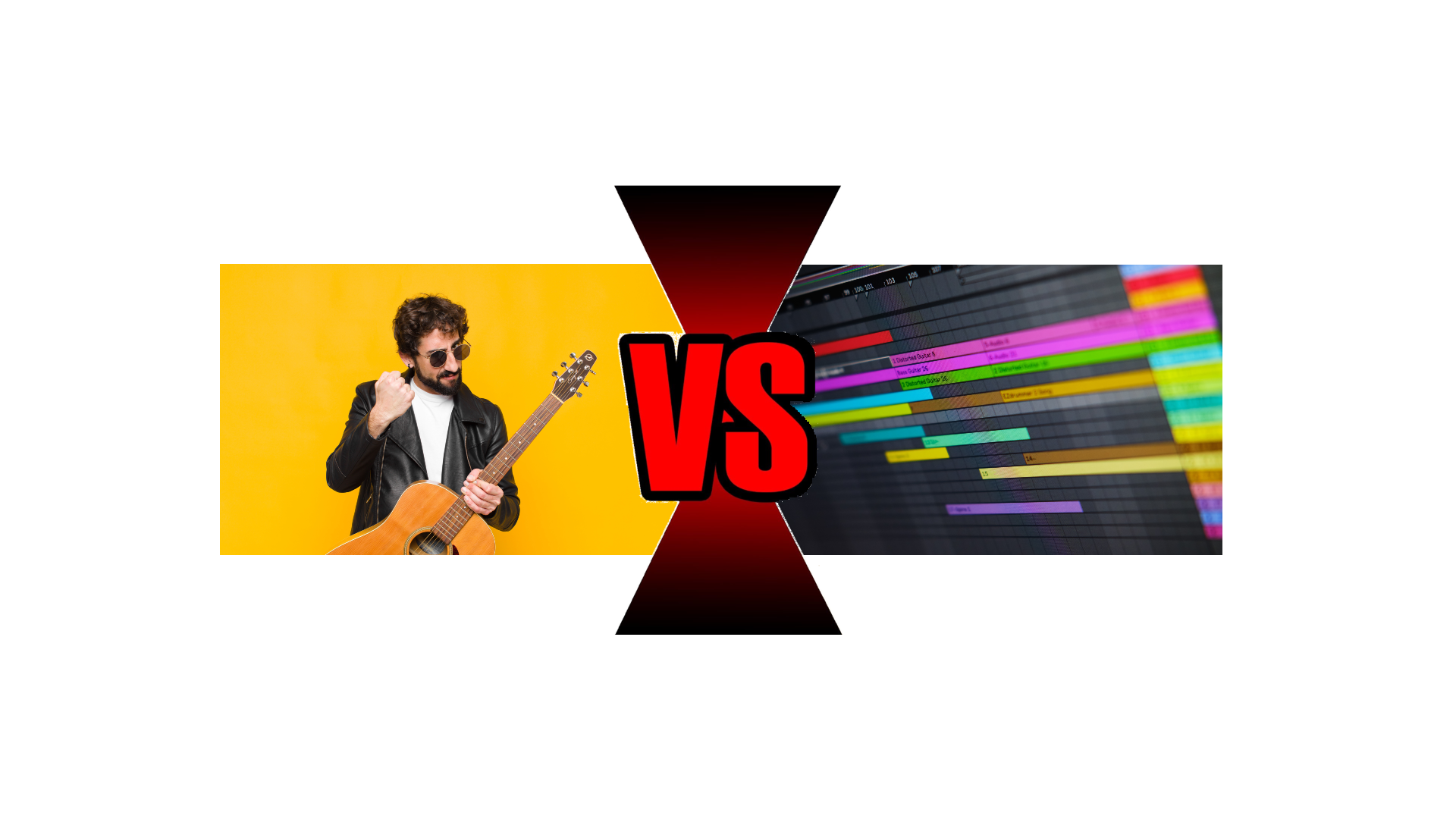 Does the Software Make the Musician?

The idea of man versus machine has been around for an exceptionally long time. A steel-driving man by the name of John Henry embodied that struggle.

John Henry worked as a steel driver, meaning he used a steel wedge and hammer to split rocks and make holes for dynamite in creating tunnels. Debate surrounds the exact location of John Henry’s feat, but he is known to be a historical figure. John Henry competed against the steam-powered rock-drilling machine in an epic battle of efficiency versus tradition—he won the battle but lost his life.

A few good lessons can be garnered from this tale, such as the indomitable human spirit fighting to keep its relevance among the mechanization of tasks displacing workers from traditional jobs. Or the idea that, historically, when innovation phased out a job, the government released subsidies or the “public dole” to flatten the curve of mass unemployment to avoid societal upheaval. The game development company Bungie has done something similar by providing its homebound employees with subsidized utility bill payments during the beer-virus isolation. In England during the Industrial Revolution, begging licenses were even handed out to curtail the number of beggars on the street. I will not go further into this history; I will explain its relativity to music jobs in a later article at buffgame.net.

However, we must not overlook the true meaning of John Henry’s story. The real struggle was not man versus machine but man versus a man with a machine. There is no point better made than what John Henry demonstrated and paid for with his life; besides, how many songs have been sung about a steam-powered rock-drilling machine? The progression of that construction implement has become the modern standard, and the old way of splitting rock has gone the way of Nintendo’s R.O.B. robot. Man with a machine is the optimal operation and is no more than a new way of doing something the old way. And that brings us to the main idea of this article—does the music sound library make the musician? The answers to this question are both yes and no.

I will answer this question.

The answer is partially yes because game developers do not usually want low-quality sounds to be used on their projects. The game audio business is highly competitive, and any advantage you have in your sound library can make a difference in your employment. By the way, if you are looking for an entry-level sound library, I would recommend Garritan’s Symphonic Orchestra (not a sponsor). Your sound library should be no more than the finishing touch on a well-composed piece of music for your game project. There is an old, classy saying in the record industry that I believe applies here: You cannot polish a turd.

The answer is also no because you should already have a decent grasp of music theory and, if not music theory, some technical chops that allow you to make music. An extraordinary musician can make even cheap software sound good—just like a professional guitar player can play emotionally moving pieces on a cheap guitar. The old way of writing music by hand and memorizing scales and instrument ranges is the foundational discipline of classical music theory, but modern music software can have an edifying effect on the traditional musician. Something that is impossible on the real instrument can be accomplished with virtual sound modeling. For example, you can sonically create a piano made of glass in specific software such as is included in a Korg Kronos (not a sponsor), or your sound library can have a choir singing a sustained fortississimo for five minutes straight. In reality, of course, this exercise would kill the entire choir through musical asphyxiation.

This software is not meant to make “real” choirs and musicians obsolete but to make the services of composers available to game developers at every economic level. These virtual instruments can often be used in tandem with real choirs, and this is a common option in film and video games visit blablabla Hey, who wants to deal with stuck-up first-chair violinists anyway? Am I right?

Changes on an industrial scale happen, such as with the beer virus. Many people will work remotely instead of commuting. Notice how innovation coincides with changes in society. The renaming of things and the restructuring of society go hand and hand, and I am sure new job titles and positions will be created in the near future.

Simply put, your sound library does not make you and should enhance the compositional skill set you already possess.

Imagine what John Henry could have done with the rock-drilling machine?

I will end with this proverb: Change is inevitable as the punishment for those who resist it.

First, I would like to thank Maury for him supporting me with Game Music

Don’t compete with machines, keep learning, and always B#.

I am Munchman with Game Music Jobs!