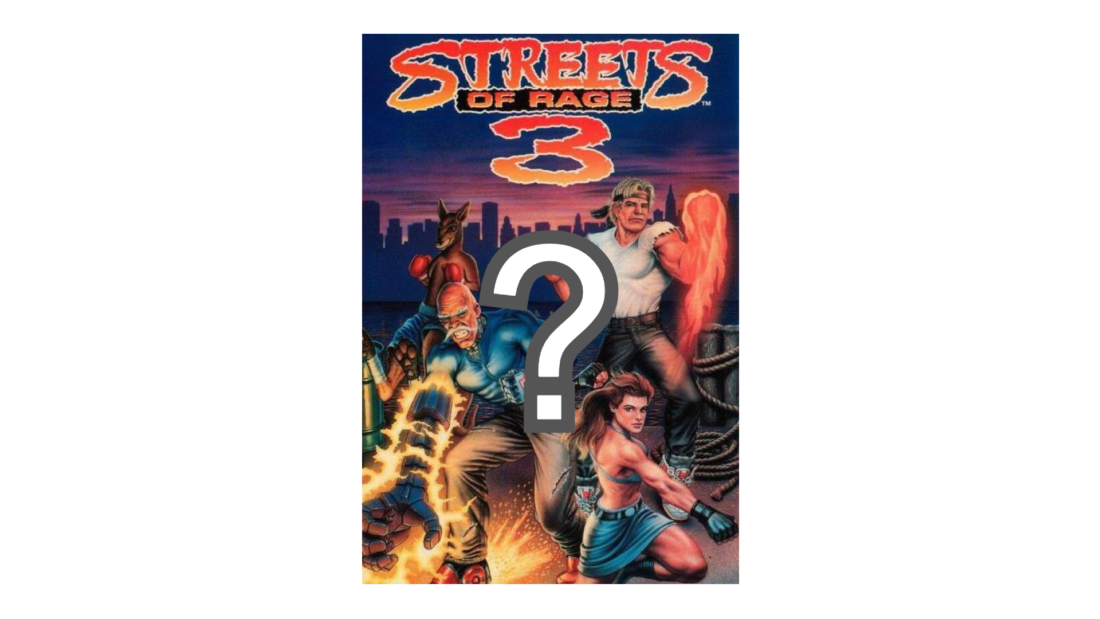 Is Streets of Rage 3’s Music Bad or Different? Part 2

Welcome to Game Music Jobs! This is Part 2 and the conclusion of what happened to the music of Streets of Rage 3.

Kawashima stated this in a Red Bull interview:  The moment I realized Koshiro-san would let me work on Bare Knuckle II was also the moment when I knew for certain that he had recognized the quality of my game music. I had thought he would never let me handle a project as big as Bare Knuckle II.

Now, this is where a little detective work comes in.

Fact: Mr. Kawashima noted in the same interview that Yuzo-san gave him a wide berth to experiment with sounds at his company without giving him detailed instructions or guidance.

Fact: Yuzo-san did not want Kawashima to listen to other video game music for inspiration at this time.

Fact: Yuzo became a de facto teacher to Mr. Kawashima, teaching him that there were ways to get things out there effectively and that possibilities can be found within limitations.

Remember, Mr. Kawashima became fascinated with techno music around this time, a fascination that engendered a proclivity to experiment. Couple this proclivity with a corporate culture of creative freedom designed to get the maximum amount of creativity out of his employees, and you get the kind of music heard on Streets of Rage 3. Case closed!

That’s it. Now let’s talk about the tenets of occupational professionalism.

OK, let’s go deeper into what happened with the music of Streets of Rage 3.

Similar to the “Dude, you’ve gotta try this” line from D.A.R.E advertisements of the 1990s, so was Koshiro’s introducing Mr. Kawashima to his automated composing system (ACS).

Do you think I am being hyperbolic?

I am not. Just read this excerpt from Mr. Kawashima’s Red Bull interview:  A bit of the ways into Bare Knuckle III he came to me one day really excited about some bit of programming. It was an automatic composition apparatus that could take the numbers you programmed in and convert them, that he had made with one of the languages they were using at the time. He wanted me to use it, too. I used it for “Fuze” on the Bare Knuckle III soundtrack, but I didn’t use the automatic composition apparatus for all of my tracks.

Koshiro and Kawashima used an entirely different compositional approach to the game’s soundtrack. Koshiro developed an automated composing system, also known as algorithmic composition software. This software generates random music phrases and beats. It was advanced for its time and was usually used as a compositional aid. It was a different sound reminiscent of the music revolution of the time. Keep in mind that three years had passed between the first Streets of Rage (SOR) and the third. The guys drew their inspiration from the same source as they had before, the club, most notably, Rotterdam Techno “Gabber.”

When interviewed about the SOR 3 soundtrack, they used words like “experiment” and “explore.” They were not talking about the club drugs of the Nineties, but about Koshiro’s newfangled program, and he himself mentioned in an older interview about “crazy songs” being included in the game, a “new approach” to composing for their game. When I hear people talking about experimenting and exploring, I figure they are either on the pipe or are trying to find themselves . . . on the pipe. But not in this instance. Koshiro had been playing a musical instrument since he was three years old, and Kawashima, who studied 20th-century classical music in college, had a distinctly pedagogic approach to his music. These were both talented young men prodigious for their tenacity to 1) start a company, and 2) try something new with game audio. The SOR 3 soundtrack had a discombobulated sound that ultimately meshed well with the game. Less talented musicians would not have been able to pull that off. A novice’s ACS music probably could be used as pest control to drive away rats, roaches, and possibly homeowners into the streets, leaving man and animal to ask, What the heck was that noise?

The music was semi-melodic, as least in a way that could be easily understood. This also demonstrated the mastery the two composers had over their craft. They were able to deliberately step away from the smooth R&B/dance music sounds and try something new. Koshiro and Kawashima are two of my most favorite game composers. They were really two sides of the same coin. However, Koshiro, who was half the music on the SOR 3 installment, did voice some concerns that he was overdoing it.

Let’s hear it from Koshiro himself from a 1990s interview. Koshiro: (laughs) Yeah, going this far actually made the more conventional SoR2-style songs no longer fit in. In a weird way it destroyed the balance.

Successful game audio should enhance the experience of the player, and the Streets of Rage 3 game soundtrack did just that. We learned two things from SOR: 1) Music is not static; its experimentation will not always please everyone, and 2) no matter how severely injured or near death you may be, roasted chicken found on city streets will cure your ailments. I am listening to SOR 2 Slow Moon as I write this article. Whether you believe the SOR 3 soundtrack is any good is left up to you.

I thank Maury for his support in writing these articles.